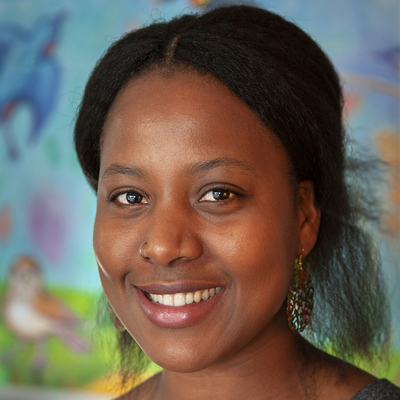 The SWG is pleased to announce that the winner of the 2020 City of Regina Writing Award is Iryn Tushabe for her submission Everything is Fine Here.

This year’s runners-up are Donna Gartshore and Bernadette Wagner.

Our heartiest congratulations to all three! Judges Jordan Abel and J. Jill Robinson selected Tushabe’s winning submission from among many accomplished entries.

The award is sponsored by the City of Regina and administered by the Saskatchewan Writers’ Guild.

Iryn Tushabe was born near Kibale Forest in Southwestern Uganda and currently lives in Regina, Saskatchewan. Her creative nonfiction has appeared in Briarpatch Magazine, the Commonwealth Writers Magazine, adda, and has been nominated for the CBC Creative Nonfiction Prize. Her short fiction had been anthologized in the Carter V Cooper short fiction series and included in The Journey Prize Stories 30: The Best of Canada's New Writers. Everything is Fine Here is her debut novel.

Jordan Abel is a Nisga’a writer from Vancouver. He is the author of The Place of Scraps (winner of the Dorothy Livesay Poetry Prize), Un/inhabited, and Injun (winner of the Griffin Poetry Prize). Abel’s latest project NISHGA (forthcoming from McClelland & Stewart in 2020) is a deeply personal and autobiographical book that attempts to address the complications of contemporary Indigenous existence and the often invisible intergenerational impact of residential schools. Abel recently completed a Ph.D. at Simon Fraser University and is an Assistant Professor in the Department of English and Film Studies at the University of Alberta where he teaches Indigenous Literature and Creative Writing.

J. Jill Robinson is a prize-winning fiction and creative nonfiction writer who divides her time between Banff, AB, and Galiano Island, BC. She lived in Saskatchewan from 1993 – 2009 and misses it still. She's published four collections of stories and a novel, and her work has appeared in many Canadian journals.