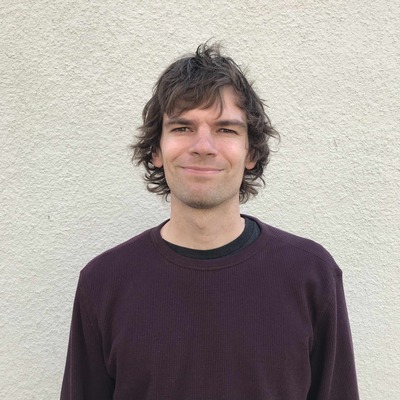 The Saskatchewan Writers’ Guild is pleased to announce that the winner of the 2021 City of Regina Writing Award is Joel Zimmerly for his submission The Party.

This year’s runners-up are Neil Aitken and Martha Ottenbreit.

Our heartiest congratulations to all three! Judges Chelene Knight and Sean Michaels selected Zimmerly’s winning submission from among many accomplished entries.

The 2021 City of Regina Writing Awards will be held as a virtual award show on Wednesday, May 26, at 7:00 pm via Zoom.  The Awards show will feature a reading by winner Joel Zimmerly of his writing and will honour the winner and two runners-up. To register for the awards show, please click here.

The award is sponsored by the City of Regina and administered by the Saskatchewan Writers’ Guild.

Joel Zimmerly is a fiction writer, poet, and aspiring marathoner. He is currently working on his first novel, as well as a collection of poetry titled Excuse Me Mr. Sir. In 2013 he received a bachelor's degree in English Literature from Butler University in Indianapolis, Indiana. Currently, he lives in his hometown of Regina with his partner and his cat, Cecil.

Neil Aitken is the author of two books of poetry, Babbage’s Dream (Sundress 2017) and The Lost Country of Sight (Anhinga 2008), winner of the Philip Levine Prize. His poems have appeared in The Adroit Journal, American Literary Review, Crab Orchard Review, and many other journals and anthologies. Born in Vancouver, BC, he spent part of his childhood in North Battleford, before moving to Regina for high school. After completing an MFA and Ph.D. in Creative Writing in the US, he returned to Regina and now works as a creative writing coach and manuscript consultant, and continues to serve as the editor of Boxcar Poetry Review. (www.neil-aitken.com)

Martha Ottenbreit is a person with a Master of Social Work degree, a wife, mother and grandmother. She was a personal, couples and family therapist in Regina for many years. Martha ended her private counselling practice to spend time with elderly parents, her adult children, grandchildren and to pursue her creative writing and painting.

During the recent pandemic, Martha was inspired to write and illustrate a children’s book “Our Big Imagination”.

Chelene Knight is the author of Braided Skin and the memoir Dear Current Occupant, winner of the 2018 Vancouver Book Award, and long-listed for the George Ryga Award for Social Awareness in Literature. Her essays have appeared in multiple Canadian and American literary journals, plus the Globe and Mail, the Walrus, and the Toronto Star. Knight was the previous managing editor at Room magazine and the previous festival director for the Growing Room Festival in Vancouver. She founded her own literary studio, Breathing Space Creative Literary Studio, and she works as an associate literary agent with Transatlantic Agency.

Sean Michaels is a novelist, short story writer and critic. Born in Stirling, Scotland and raised in Ottawa, he eventually settled in Montreal, where he founded the pioneering music blog Said the Gramophone. His debut novel, Us Conductors, received the Scotiabank Giller Prize and the QWF Paragraphe Hugh MacLennan Prize for Friction. His second novel, The Wagers, appeared in 2019 and is forthcoming in French and Italian translations.