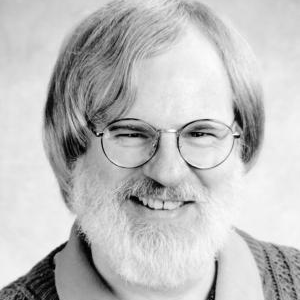 The writing community in this province has lost a major player.  On the morning of February 21, Geoffrey Ursell passed away in Saskatoon after a lengthy struggle with Parkinson’s disease.  He is mourned by his wife, Barbara Sapergia, his siblings Greg (Marilyn), Gary (Helen), Patricia, Kathy (Ted), Janice, George (Joanne), and many writers, friends and readers.

Geoffrey distinguished himself in so many ways that he defies any of the usual categories.  He was a fine athlete, excelling in fastball, golf and badminton.  He was a promising scholar, graduating with a doctorate from the University of London.  He published pieces in prestigious outlets such as the Times Literary Supplement and Saturday Night.  His early career as an English instructor was foreshortened by his plunge into writing.  He had solid successes as a playwright, novelist, poet and short-story writer, and he won national awards in at least two of these genres.  He was a prolific songwriter, and many of his songs were either recorded or showed up in his musicals.

Geoffrey was also an energetic community builder.  He was a very active force in the Saskatchewan Writers’ Guild, especially as president in the late 1970s.  Along with poets Robert Currie, Gary Hyland, and his wife Barbara Sapergia, Moose Javians all, he was a co-founder of Coteau Books, which became one of the leading publishing houses in Western Canada.  Throughout his writing and his publishing career, he gained a reputation as an astute and prolific editor of literary works.  Geoffrey remained with Coteau books as publisher until Parkinson’s brought on his retirement in 2013.  He served them for thirty-eight years.

Saskatoon claims Geoffrey, as does Regina, and Moose Jaw, his original hometown.  If, as some people claim, Moose Jaw is the literary capital of Saskatchewan, it is because of writers like Geoffrey and Barbara, Robert Currie, Gary Hyland, Ken Mitchell, Bob Calder and many others, who immortalized Saskatchewan with their published work and distinguished themselves in wider arenas.  And of all these writers, Geoffrey Ursell, a man of many hats, was the most versatile.  Socially, he was a man of few words, but when he spoke, his words were incisive and sometimes prophetic.  His vision for Saskatchewan writing was unwavering, and his labours bore much fruit.  He will be sorely missed and long remembered.