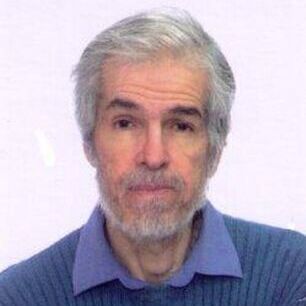 Mick Burrs (Steven Michael Berzensky) was a long-time member of the SWG and well known in Saskatchewan as a writer, mentor, musician, and Editor of Grain from 1988 (volume 16.2) to 1990 (volume 18.2), and founder of the Short Grain Contest.

Sharon Singer, a friend of Miks', shares the following about him:

It is with great sadness that we announce the passing of Mick Burrs on Tuesday, April 20th. Known by his literary name, Steven Michael Berzensky, Mick was a renowned award-winning Canadian poet. Beloved son of the late Shirley Burrs (nee Levi) and the late Albert Burrs, he will be greatly missed by his dear friends and colleagues, Kent Bowman and Sharon Singer.

Los Angeles born, Mick Burrs was one of Canada’s finest poets, winning both the Saskatchewan Poetry Award in 1983, and the Saskatchewan Book Award for Poetry in 1998. With seven published books of poetry, over 30 chapbooks, and 800 poems in various literary journals, Mick was a former editor of Grain, the prestigious prairie literary magazine.

A voracious reader “poor in everything except books” Mick’s countless tomes were filled with marginalia — ideas sparked by what he read. Mick’s breadth of knowledge was only outshone by his great compassion for people and for the natural world.

Mick and Ted Plantos recorded the 2001 CD, East Meets West. After moving to Toronto, Mick collaborated with Allan Briesmaster in creating and editing the anthology Crossing Lines: Poets who came to Canada in the Vietnam Era (Seraphim Editions, 2008).

In addition to his many published works and radio plays, Mick played guitar and sang his songs for the CD Gold Rays, accompanied by concert violinist Rob Penner. Mick’s poem Quilled Sonnet was set to music by James Wright and sung by Ottawa soprano Doreen Taylor-Claxton, for the much-lauded CD Hail, Canadian Art Song. Other songs that Mick wrote include: I Have Been to War and Vancouver Rain on SEQUOYA, a folk music odyssey and memorial to Hugh Mullin.

Poet, songwriter, editor, beloved teacher, and mentor to many Canadian poets, Mick’s loss will be greatly felt in the Canadian arts community, and his body of excellent work will long be remembered and cherished by all those artists who labour in the service of creating truth and beauty.

A Celebration of Life will take place in the future, after COVID.