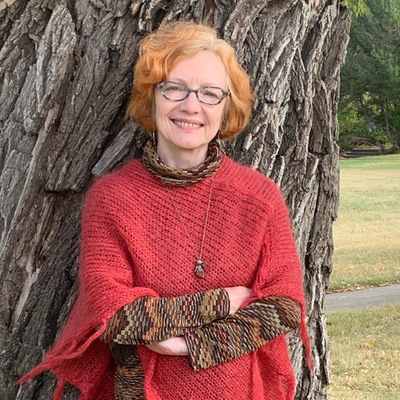 The Grain Advisory Committee and the Saskatchewan Writers’ Guild warmly welcome Mari-Lou Rowley as the new Editor of Grain Magazine. Mari-Lou brings many years experience in writing and publishing to the SWG’s award-winning literary journal Grain and begins her term December 1, 2020! We look forward to working with her to continue to create an eclectic magazine of Canadian writing!

Mari-Lou Rowley’s first poetry mentor was Anne Szumigalski, who was also one of the editors of Grain Magazine’s first edition. Since then, Mari-Lou has published five books and four chapbooks, including: a knife a rope a book (Underwhich Editions), Interference with the Hydrangea (Thistledown Press), Viral Suite, Suicide Psalms and, most recently, Unus Mundus (Anvil Press), which won a John V. Hicks Long Manuscript Award, and was shortlisted for three Sask Book Awards.

She has collaborated with visual artists Robert McNealy on Cosmosonnets, and Tammy Lu, Transforium, both from JackPine Press. Catastrophe Theories, her tenth collection of poetry, is forthcoming from Anvil Press in 2021. Her work has appeared in several Canadian anthologies and nationally and internationally in literary, arts, academic and science-related journals, including Golden Handcuffs Review, the Journal of Humanistic Mathematics, and as a winner in Aesthetica Magazine’s Creative Works Competition (UK). She is currently working on a poetic memoir.