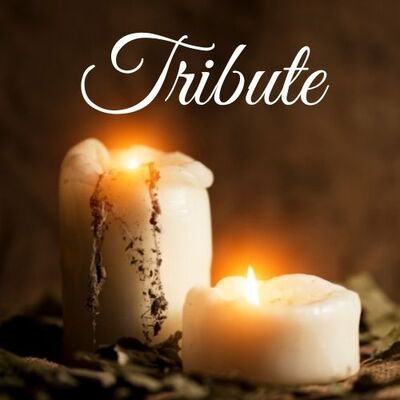 A tribute to Geoffrey Ursell

Back when I was chairman of the Writers’ Guild you wanted to meet,

and dropped into the school at noon, a tall and bearded stranger

who moved like a cat, but I had noon duty so we patrolled the halls

together, the kids staring, wondering who was this extra monitor

so deep in conversation he paid them not the least attention.

Finally we settled in the gym, a wild floor hockey game raging,

but we talked about fiction and poetry, discovered writers

we both admired, suspecting already we might turn into friends.

We had no idea then that you would write an award-winning novel,

that your musicals would tour the province to much acclaim, no clue

and turn over four hundred desperate dreams into actual books.

Shauna Powers phones for the CBC, wondering if I’ll reminisce about you,

your achievements, the kind of legacy you leave.  Of course, I will.

We talk about your play that celebrates Sandra Schmirler’s curling team,

the surprise you felt, decades after your books were published in Winnipeg,

when the BBC broadcast your poems from London and sent a cheque,

the way you toiled over others’ manuscripts, writing helpful comments

when you saw a spark of skill, even for those that had to be rejected.

Saturday morning, my wife and I sit on the sofa in pyjamas, radio

turned up, the interview about you, your skills as an editor

stories, a boost for writers young and old, such good memories.

The discussion ending, Shauna switches to music from the archives,

a song you wrote so many years ago, “The Bright Red Geranium Waltz,”

your guitar, your voice filling the room, and suddenly my wife and I

we feel intensely what we only knew before,