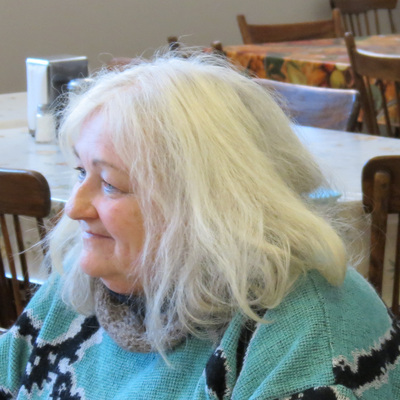 The SWG is saddened to announce the passing of Anne Pennylegion. Anne was the Retreat Coordinator for the Saskatchewan Writers’ Guild from 2006-2008 and again from 2009 to 2013. Many retreat members will remember her sharp wit and great sense of humour!

In recent years, Anne worked for the Saskatchewan Library Association (SLA) coordinating programs—one of those was the SWG partnered One Book One Province. Along with working for numerous Saskatchewan arts organizations, she was a dedicated handspinner, dyer and encaustic painter based in Earl Grey, Saskatchewan. Creating unique colours and working with natural fibres including wool, qiviut and silk led her down a path to another ancient material: beeswax.

As there is no official obituary, we are sharing the notice of Anne’s passing from the SLA.